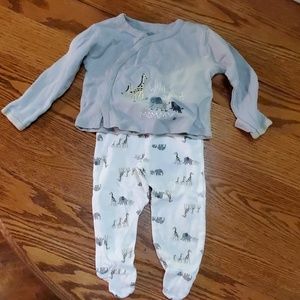 An amazing LEGO creation doesn’t always need to be a big one. This is proven by Moko. They created a grim reaper and it is the best one in LEGO minifigure scale that I’ve ever seen. The base of the grim reaper is a regular all black minifigure with the modified skull head. For the hood of the cloaked figure the black technic helmet including black visor have been used. It sure is nice to see a classic part like this resurface every now and then. The classic minifigure hood has been used to represent the sleeves of this grim reaper. And last but not least the Hidden Side ghost pedestal makes this figure tower over other minifigures when it comes to its height. This all combined makes one scary grim reaper.

This smiling mixer by Filbrick blends big LEGO bricks down into little ones with delight! The robot just wants to help you build by offering a variety of brick sizes. The happy little appliance possesses wonderful rounded edges and arm joints, which make the red bricks stand out with their hard edges. The curvature in the top of the processor lid is made possible by hinge plates. The bricks inside the blending swirl are suspended using transparent pieces for that added kinetic feel. Of course, the LEGO fun doesn’t end there! The backsplash, plug and outlet, and the kitchen utensils are all brick-built, giving the whole scene a fun, playful atmosphere. The inclusion of a DUPLO brick is a nice touch–always good to see other LEGO products make appearances with the more widely known lines.

Say what you want about the prequel trilogy, but it is hard to deny that the films came with more than a few iconic ships to give the Millenium Falcon some merchandising competition. Koen Zwanenburg was inspired to make a larger version of this ship having acquired a 4×4 Artoo head from a 2017 polybag. The entire ship was built to scale for this larger printed dome. Koen did a masterful job with the sleek lines and the delicate tail section. The engines are made from hollow tipper drums, which allow the thin wings to hold the weight without bending.

And check out this beautiful head-on view, which really shows off the delicate wings with the large engines that present one of the major challenges with building this ship, which Koen handled like a Jedi.

As the internet is going (appropriately) gaga for the new Luke Skywalker’s Landspeeder set, builder Nicholas Goodman offers this lovely minifig-scale version as a smaller alternative. The landspeeder has a great shape and color, with some lovely details on the engines utilizing the LEGO cauldron piece. And the design for the windscreen, while unorthodox, is an excellent way to form the appropriate shape at this scale. For the rest of the scene, the terrain is well formed and very Tatooine-esque. I particularly like Nicholas’s use studs to add texture to the desert sands. The minifigs are also well-posed, setting the scene for Luke and Obi-Wan’s first introduction.

Here’s an up-close shot of the back of the speeder to showcase all the detail that went into those engines. Nicholas’s mastery of angles is remarkable given the scale!

When thinking of the early development of the supercar in the 1980s, most people will probably think of the Lamborghini Countach or the Ferrari Testarossa as the poster boys of that era. One that sometimes gets overlooked — unfairly, if you ask me — is the BMW M1. It mixes the craziness of the Italian-born wedge-shape with some classic German refinement and engineering. LEGO builder Leo 1 has perfectly captured the first German supercar (I count the original Porsche 911 as a grand tourer, before you ask!) in all its orange glory. A pair of headlight bricks are the perfect choice for the BMW snout nose, as are the circular tiles for the rims.

The exquisite shaping continues around the rear of the car. Slopes and tiles at subtle angles abound to capture the sharp shape of this Bimmer, which is not easy in bright orange as the parts palette is still fairly limited. The little details, like the interior or wing mirrors, are the cherry on the cake. And we can all agree that twin-pipe exhausts just make a car look cooler, can’t we…?

Builder Tim Goddardreturns with a LEGO speeder bike in this Space Police-inspired build.
I love speeder bikes, they’re an excellent quick build with table scraps and a fantastic way to practice just how useful those smallest LEGO pieces can be. This is seen from the very front of the bike where a Boomerang and Binocular are paired together to serve as steering vanes

What I particularly like is that the entire speeder bike is built around a bicycle frame. The frame serves as a great starting point to connect the wider build. The bike is made all the more striking by limiting the colours to those most familiar to Space Police fans, the recent Space Police Series 21 Collectible Minifigure is a perfect pilot for this one!

Builder Salt_city_bricks gives us a lovely LEGO retreat in a peaceful forest. Two travelers make their way home after an adventurous walk through the forest. They cross a cute little bridge that uses headlight bricks, open studs, and flex tubing for its curvature. Vibrant trees and flowers surround the house on the hill and the babbling brook. There’s not a bit of space left unused on the forest floor! It’s full of plant life, even growing up the sides of the hill to wreath around the multi-story house. The color blocking breaks the scene up into smaller areas to explore.

END_OF_DOCUMENT_TOKEN_TO_BE_REPLACED

This is one to watch out for on the battlefield! Eero Okkonen has taken inspiration from the Monkie Kid sets with the vibrant colours featured in this build. Yellow curved tubes (AKA macaroni) form part of the character’s wide helmet with red claws portraying horns. The fingers are actually skeleton arms and the windscreens in dark turquoise are perfect for creating the samurai’s armour skirting. The futuristic design is completed by the use of trans red at the knees, arm shields and in the sword. It’s an eye-catching model where you can tell Eero has taken time to analyse parts from the Monkie Kid theme in order to apply the pieces in inventive ways.

One of the challenges of moving to Finland for me has been picking up the language – I am finding it rather difficult to get my head around it. One of the suggestions that has been put to me is to watch children’s TV shows, and after seeing this build by HALSTON Heritage Ring Back V-Neck Parchment Cami, I may have found one to do just that! This adorable character is called Bobbo, and is one of six characters in the educational show Babblarna (‘the Babblers’). It’s originally a Swedish show, but does apparently have versions in Finnish, as well as English, German and Norwegian. Bobbo here is a high-energy character with an occasionally fiery temper. He also likes to dance, and Mikael has captured him mid-boogie! The red Blue crew neck sweatshirt pieces are the perfect choice to capture his circular shape, and the half-circle tile used for his tooth, along with the eye tiles, gives him oodles of character.

Apparently I have this thing for LEGO birds. Sometimes they tend to be really realistic, other times they look more cartoonized. These two little cuties by Lars Barstad are more on the cartoonized side of the spectrum They apparently are called Gossip Birds and they tend to come in pairs. Unlike turtle doves, these birds do not symbolise love and affection. These two represent the tittle-tattle, the rumors and the whispers. They are dishing the dirt, spilling the tea. Whatever you might call it, they are game for it! My guess is they are currently telling all the latest scandals about who used the Dr Strange cape as flower petals first.

One of the very first vehicles seen on screen in Star Wars is at long last coming to the LEGO Ultimate Collector Series (UCS) with 75341 Luke Skywalker’s Landspeeder. This dilapidated two-seater civilian vehicle is nearly as iconic to Star Wars as the X-wing or Millennium Falcon and has appeared in minifigure scale numerous times, starting with a simple 49-piece version in the original LEGO Star Wars lineup in 1999. The new UCS version is considerably larger with 1,890 pieces and measuring nearly 20 inches long (50cm). It also includes a display stand and minifigures of Luke and C-3PO. The UCS Landspeeder will be available just in time for May the Fourth sales this year, with VIP access starting May 1 and general availability on May 4. It will retail for US $199.99 | CAN $269.99 | UK £174.99.

The LEGO Group sent The Brothers Brick an early copy of this set for review. Providing TBB with products for review guarantees neither coverage nor positive reviews.
END_OF_DOCUMENT_TOKEN_TO_BE_REPLACED

There’s just something extra sweet about these amazing chocolate (well, LEGO) confections from Jaroslaw Walter. Minimalist in their builds, they instantly evoke a $50 a plate Michelin Star dessert course. Let’s start off with some musical highlights. The treble clefs used here first appeared in Trolls sets as minifigure accessories, and the stave (the lines from the sheet music) might be from the equally soothing 10281 Bonsai Tree.

Drizzled in dark chocolate round plate, decorated with white-chocolate dipped berries made from Lion Dance eyes, this tiny cake hints at a taste of lavender from its lilac minifigure washtub base.

Have room for just one more? Might we suggest these tiny slices of heaven served on red balloon panels? Don’t forget to taste the dark-blue vine garnish.

As much as we’d like to eat all of these…probably best to recognize that LEGO bricks aren’t digestible. So don’t eat your bricks, kiddos. You’ll just regret it. And probably run up some insane hospital bills, to boot.

The Brothers Brick is funded by our readers and the community. Articles may include affiliate links, and when you purchase products from those links, TBB may earn a commission that helps support the site.

The Brothers Brick respects your online privacy and security. In accordance with the General Data Protection Regulation (GDPR) effective on May 25, 2018, we are providing greater transparency, and we are enabling new privacy controls so you can choose how The Brothers Brick handles your personal information.